In a behind closed doors final under the famous Wembley arch Salford City defeated League one opponent Portsmouth FC to lift their first major trophy as a football league club. Sadly, we were without Salfords loyal travelling fans at the delayed 2020 final but it was a tremendous occasion none the less and a great achievement for the team, the City of Salford and the fans!

As part of our on going expansion, we are over the moon to be moving into the movie business. "You Don't Know Me" is a brand new production based in Birmingham and will appear on our screens in the coming months. With a busy filming schedule already for the rest of 2021 it is a clear sign that better times are on the horizon!

5 on the Farm is one of the country's best loved rural programs with a host of celebrity presenters.

it has been a difficult  year but there is definitely light at the end of the tunnel! 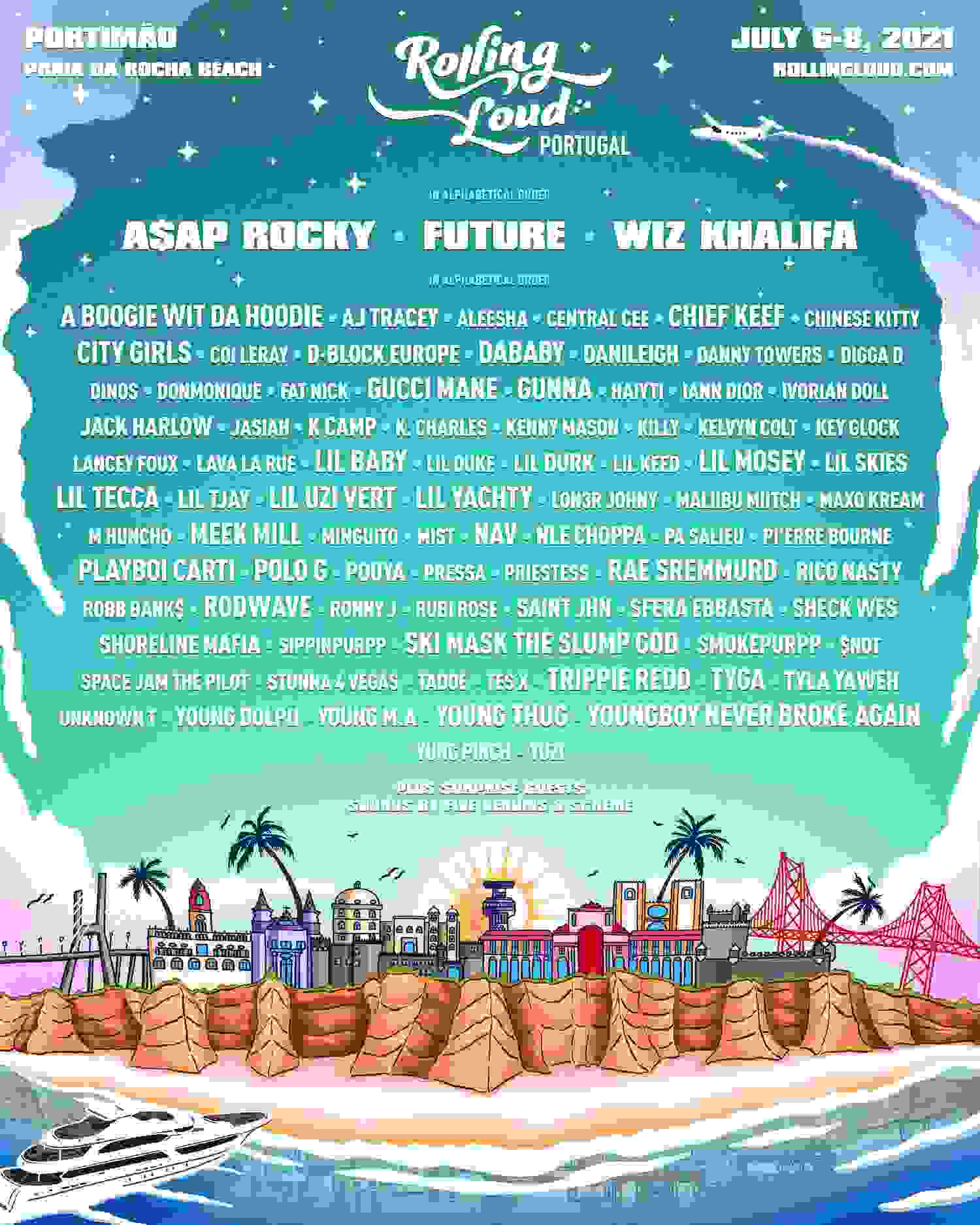 Everyone was devastated when the covid crisis meant that many of our events were cancelled. Rolling loud was set to be the largest HIP HOP Festival outside the USA with some of the genre's legendary artists. Undaunted the promoter is ready to go for 2021 with a bigger and better show on the Portuguese sand.

We are so proud to be involved in such a ground breaking event, it stands testament to the work that Titan do in the background to ensure that huge events like this can go ahead safe in the knowledge that all planning and risk management has been done to the required standards of the host country whilst ensuring that the High UK standards are also observed

Despite the covid nightmare, Titan have continued to expand, opening our second office to service Manchester and the North West of England. Over the next few weeks we will be putting an area management structure in place to ensure that our clients get the very best service from the very best in the business.

After the disappointment of this years cancelation, we are over the moon to announce that Titan Risk will again be handling crowd safety and welfare for next years Afronation on the stunning Algarve in Portugal. Next year will be bigger than 2019 with some truly massive international artists stepping onto the the sand in Portimao in front of 50000 revellers

1st July 2020 .....Whilst summer should have been in full swing, the uk was slowly emerging from lockdown.  Gisburne Park Pop Up is the first COVID19 Secure event to take place in the UK. A brand new concept, socially distanced, top DJs and Performers and a truly unique site with a river running through the middle just for good measure......

what's not to like?  The incredible Gisburne park Estate, 500+ acres of stunning fields, valleys and ancient woodland nestling in the Ribble Valley, teaming with wildlife and this year the UKs first socially distanced festival to run over 12 weeks until the end of September. with some of the UKs top DJs

We are excited to announce that due to our unpresidented growthin the last 12 months we have engaged Prestfield Wealth Management to advise on business finance, growth and pensions.

Prestfield have a great track record within the business to business and personal finance sector and we cant wait  to work closely together over the coming months!

Late last year I was approached to look at the security for a brand new event. This was to be a festival like no other, a festival that would put the music Genre Afro-Beat on the map, that would unite black teenagers from around the world on a beach in Portugal

I was sceptical, in the uk a festival of this type would pose so many security risks but the promoters had a vision and what's more a conscience and #Afronation was born

The event sold out quickly and the planning began, we selected highly professional operatives from all over the uk a team that truly reflected the demographic suggested by the tickets sold.

75 crowd managers, welfare staff, close protection and artist liaison specialists, a team that would be difficult to equal anywhere in the world, a team that spoke 9 languages. working along side a local Portuguese security team.

After several site visits, press conferences and police liaison meetings we were ready to go Afronation was happening.

After arriving on site I noticed a buzz about the place. one local said he hadn't seen so many black people in one place in his life! 22000 to be exact kids from all over the world all in one place for one thing ....the celebration of black music, culture, food and I think the word is....pride

There is something very sobering about tens of thousands kids of African descent taking over a beach in a country so instrumental in the slave trade. A point not lost on those attending, they know their history and their are proud of where it has lead them.

Some didn't believe it would happen, some thought it a joke event like Fire Festival, for so long Black Music has been dogged by poor production and poor management and bad press with only the loyal fans suffering in the end.

I am proud to say that I was there on a beach in Portugal on a stage watching 22000 black teenagers represent their communities, filling the streets with colour and music and fun. Some of the biggest African music artists on the planet along side Uk and Jamaican artists and they played to a capacity audience every night, nobody wanted to miss a moment and when the final artist left the stage on Sunday night the kids stayed, they didn't want to leave finally taking their party into the streets of Portimao and carrying on until daylight.

It is a rare thing an event like this, a right of passage, the movement of a whole generation or the birth of a world wide brand. In December we take Afrobeat home to Ghana where money from Afronation will support charity projects locally, 500 local staff employed and again a whole generation of empowered black kids showing the world what a party really looks like

I arrived back in Manchester on Tuesday afternoon and in the distance I could hear "Afronation WAA WAA WAA" as a group of kids arrived home and made their way through cloudy Manchester all proudly wearing their festival wristbands like trophies.

I hope the experience changes their lives as I am sure it has changed mine, It is surely the pinnacle of my career so far and for a white man of Irish descent I felt completely included and I truly believe there are lessons to learn from these impressive kids.

Another Festival Under The Titan Banner

We are incredibly pleased to have secured the contract to supply security and crowd management to Highest Point Festival in Lancaster this May.

With the iconic Ashton memorial as a backdrop to a huge line-up it promises to be a great start to the summer in a truly amazing location.

This will be the first event of its kind in Portugal and we can't wait to get our teeth into the planning and preparation of what is already a sell out event.

'Outgoing' is a massively experienced international event specialist and it's a huge feather in the Titan cap top be working so closely with them.

We are delighted to announce that Titan have been selected to supply match day security and stewarding operations for the forthcoming Kingston Press championship.

"It's a tremendous honour to be associated with a club with such a long history, we are looking forward to a long and successful relationship".

We are genuinely excited about this one!

Titan Risk will be working closely with ResQsupport for the foreseeable future!

ResQSupport are a uk based rescue/medical company who supply specialist rescue, training and event medical teams to some of the countries best known brands.

Undoubtedly the safest hands in the business!

Titan Have Achieved Their ISO Accreditation

We are incredibly proud to announce that our hard work has paid off and we have now achieved not one but 6 ISO  standards. We believe that a solid quality management system is the key to providing a quality service that raises the game and ensures that those who place their trust with Titan can rest assured. We would like to thank CAW Consultancy for their help and guidance through the process and we would thoroughly recommend their service!

With the help of CAW Consultancy, Titan are in the process of implementing a fully audited Quality Management System. We know the quality of our product and so do our customers, we hope by achieving  this prestigious standard we can continue to build a reputation for a professional, cost effective product that is unrivalled within the industry.

We would whole heartedly recommend speaking to the guys at CAW to anyone thinking of becoming ISO compliant, an easy to understand and cost effective paperless system!

For many years' The Venue' has catered for Manchesters indie crowd, with a great reputation for good music in a safe and hassle free environment. We are pleased to have been selected to provide security and crowd management to such a well known established night spot.